Baby Doe has a Name 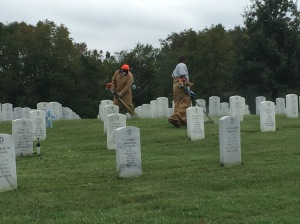 “Some group or some person will fill the vacuum. An elite will offer us arbitrary absolutes, and who will stand in its way?”

Last week Katherine and I were in Nashville for a pastor’s gathering. While there we visited her Dad, who lives in a long-term care facility. We also visited her Mother’s grave, which rests in a national cemetery in a lovely setting in the hills of the city.

Something happened when we went to pay our respects. The guys caring for the lawn all stopped until we were done. They stood there and watched respectfully as we remembered, wept and prayed.

This past year has been a brutal one for American society. Riots in St. Louis (Ferguson) and Baltimore, and unspeakable violence in South Carolina and last week in Oregon, have left a trail of violence, death and tears.

Just a few weeks ago, the body of a beautiful two-and-a-half year old girl, designated ‘Baby Doe,’ washed ashore in the 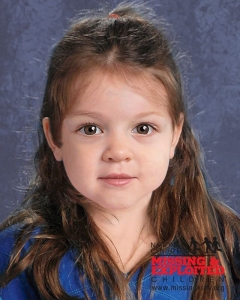 Boston area. Her body had been chopped up to fit into a garbage bag. The reason? Her mother’s boyfriend regularly beat her with his fists until one day she just died.

Political knee jerk reactions garnish coverage but don’t help because the presenting problem is never the issue. The issue is that we have become a culture that accommodates contempt for life whenever it intersects with our own comfort and convenience.

Millions of abortions every year, daily inner city bloodshed and violence, tacit support for veterans with PTSD, human trafficking, widespread drug abuse in the burbs and the exploitation of the poor and weak, along with the sins of corporate greed – all of these scream that we have become cold and indifferent, with no regard for our ‘neighbor.’

When will we wake up?

How many newborns need to be tossed into trash cans at proms?

How many elderly need to be neglected and mistreated in nursing homes?

How many babies need to be aborted and discarded, with bodies treated as commodities?

How many girls need to be sold into slavery?

How many war vets need to take their own lives?

How many people will we allow to mutilate themselves, and ease the tragedy by terming it ‘Gender Identity’?

How many massacres do we need to endure?

What will it take for it to finally sink in that we have become a society that settles for ‘arbitrary absolutes?’

Do we really believe God is fine with this?

Do we really believe that if we don’t see the baby, or name the child, or if we reduce PTSD victims to impersonal statistics, that we are any less culpable for this utter disregard for human life?

You see, I believe all these are interrelated. It isn’t many things. It is one thing. We have become so indifferent to life that we have ‘forgotten how to blush’ (Jeremiah 6:15).

And this makes me sad.

Listen, I know that the Church has largely failed. I know that politicians are self-serving. I know that extremes – to the left or right – are deadly to any semblance of a just society.

You should be too. Because at the same time we are accommodating our lifestyles and easing our consciences, we are killing ourselves and one another.

Oh, friends, I could go on and on, but I’ll close by taking you back to that cemetery in Nashville. Those workers could not have treated Katherine and me, and the memory of her Mom, with more respect and kindness – And this for someone who is no longer here! How sweet. 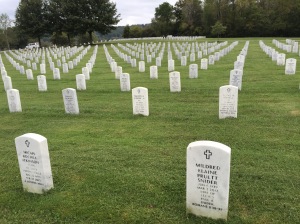 It struck me as we drove off that if we could reject the voices (including our own) that fill ‘that vacuum’ with ‘arbitrary absolutes’ and that are intended to ease our guilt, quiet our shame and accommodate our indulgences, with uninterrupted ease, then perhaps the ‘Baby Does’ will have hope in this world.

And this is what Jesus did. He rejected the voice that offered Him rule and power, acclaim and immediate satisfaction (Matthew 4), at the expense of His own comfort – for us.

It is never about just me.

Her name was Bella.

§ 3 Responses to Baby Doe has a Name

You are currently reading Baby Doe has a Name at unfinished1.